Unknown
Senpaibuns is a character that appears in Gacha Life, located in Hometown B. She is a magical girl with sleep powers. She is featured in the Gacha Life mini-game, Narwhal Sky, with her unnamed narwhal. Her preferred gifts are Adorable.

She was also scheduled to appear in Gacha League in a future update before the project was cancelled in favor of Gacha Club, in which she appears as both a preset and several playable battle units.

Senpaibuns is Sleepybunsu from now on but is known as Senpaibuns in all games.

Male Buns is a genderswapped variatent of Senpaibuns who appears in Gacha Club as several playable battle units. He is dressed with a black sleep mask, much shorter hair, and pants. 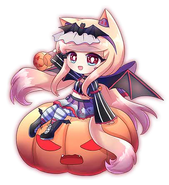 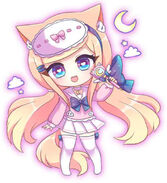 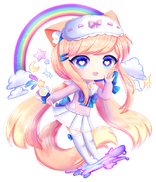 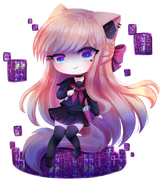 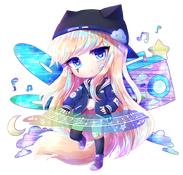 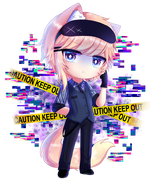 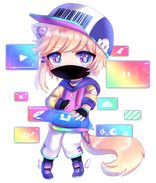 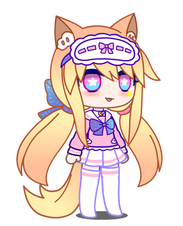 Senpaibuns as a plush
Senpaibuns
Community content is available under CC-BY-SA unless otherwise noted.