Unknown
Ellie is an Elemental Fairy. She is also known as Fairy Ellie (Gacha World) and the Gacha Queen (GachaVerse/Gacha League).

In Gacha World, Ellie is your primary companion who acts as a guide on your adventures even though she does not participate in combat. She returns in Gacha Resort to once again to offer advice and guidance.

Bonus easter egg of both forms in Gacha World 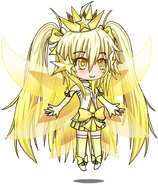 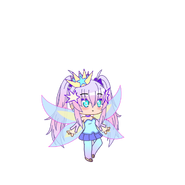 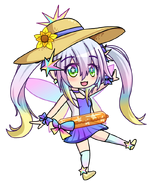 Ellie in Gacha Resort
Add a photo to this gallery
Retrieved from "https://lunime.fandom.com/wiki/Ellie?oldid=21001"
Community content is available under CC-BY-SA unless otherwise noted.